Available from Amazon, Smashwords, and other online stores. After their adventure on holiday, Amy and Steve have been experimenting in their love life. They’re having a lot of fun, and now it’s time to find some other people to join in. It’s not as easy as you’d think, and there will be missed connections and dissatisfying dates along the way. But when they find the right couple, everything moves quickly from ‘Hello’ to the bedroom. What Happens on the Beach was published in January 2020. I already had a chunk of the follow up written, and put a preview in the book. Then, well, y’know….. And I didn’t get What Happens At Home finished until the end of the year. I stopped writing half way through a sex scene in February, and the characters didn’t get to climax until November. Which is some serious edging. We’re not out of the […] 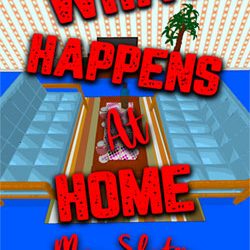 I’m back with a short comic. Birthday Treat features recurring characters Mike and Sarah and, optimistically, shows an adventure they’ll be having this Summer. There’s a new page every week, or you can support me on Patreon, and see them as they’re finished. Supporters are due another treat soon, as the soon-to-be released What Happens At Home will be available to them for free. 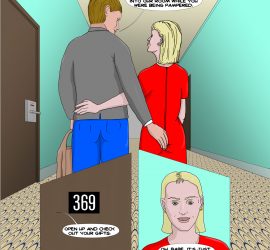 Twitter giggles were provided yesterday by the interaction of an InfoWars incel and a Thatcher era Tory politician*. He sneerily said that mask wearers all liked to get pegged- meaning it to be a terrible insult, loaded with homophobia. She scolded him in a way that suggested she has a drawer full of strap ons, and the men in her life are very happy about it. Anyway, it inspired this little sketch- Knocked together in Clip Studio, from a figure posed in Daz3D for reference. It’s been a while since I did any digital drawing. I can see lots of little issues, but it came out well enough for a silly joke. *Or her namesake. But we all want it to really be her, of course. 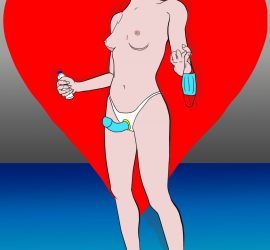 We meet in the corridor outside the bathroom. I’m off for my phone from the bedroom, and she’s fresh out of the shower. She’s got her bathrobe tied loosely, and a little smile I know well.

It’s been a crappy week. Social distancing, lockdown, tiers, whatever it is we’re in- it’s hard to keep track- it grinds us down sometimes. We’ve both been grumpy and snippy, and we’ve not had any ways to get out and find some space.

We could talk about it. But there’s something better. She reaches out her right hand. I take it in my left, so my thumb can stroke the inside of her wrist. She likes that. We move closer. My right hand finds the belt of the bathrobe, and pulls it loose.

Get Mary Tales content first as a Patreon supporter, from as little as $1 a month.To view this content, you must be a member of Mary Tales Books’s Patreon at $1 or more Unlock with PatreonAlready a qualifying Patreon member? Refresh to access this content.

I’ve not written much during Lock Down, but this morning, I had a little inspiration. The full story is available to supporters on Patreon. “I brought wine.” Kevin announced. He held up the bottle as a salute to the man who had opened the door. “Oooh, the good stuff.” Martin took the gift. “Come on in. I’ll go and open this so it can breathe. Nadiya’s in the front room. She can’t wait to see you.” He pointed at the nearest door as he headed through to the rear of the house. It seemed odd that Nadiya hadn’t come out to the hallway to meet him, but Kevin shrugged that off. He opened the door, to be greeted by quite the sight. The large flat-screen TV was in front of a blocked up fireplace. The whole of it was taken up by an oversized erection, being stroked by an eager […]

Under The Kilt is available from Amazon and Smashwords. Justin loves to wear his kilt to weddings. And there’s nothing underneath it. His ex-girlfriend, Tabitha, is the maid of honour at this wedding, and she’s brought along her new girlfriend, Elena. The first thing Elena wants to know is what does Justin wear under his kilt. Her questions get more intimate and suggestive from then on. Until she and Tabitha ask the big one. They’re getting married, and they want to start a family- will Justin help them? Naughty goings-on at a very British wedding. 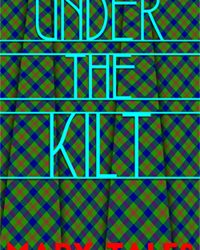 Available from Amazon, Smashwords and other online bookshops. Amy and Steve are on holiday, and they want to try something different. They walk out past the nudist beach, and around the headland, aiming to make love to the sounds of breaking waves. Instead, they meet Gerrit and Eva, who are already enjoying themselves. Matters soon escalate, and the two couples are quickly more intimate than they could ever have expected. Later, in Gerrit and Eva’s room, the four of them take things even further. Thanks to their unexpected meeting, Amy and Steve get their first introduction to the world of swinging, and they love it. Includes a short preview of What Happens At Home, the next story of Amy and Steve’s adventures. 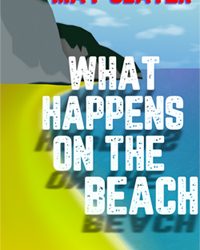 Available from Amazon, Smashwords and other online bookstores. It’s late at the museum, and the only people still there are Ceri- putting the finishing touches to a display- and Marty and Steve- students working as security guards over Summer. Ceri has almost finished the display representing an altar for fertility rites, when the shadows of the store room give her a unique insight into how it was really used. It wasn’t for sacrifices, but something far more carnal. Can she persuade Marty and Steve to test her theory? 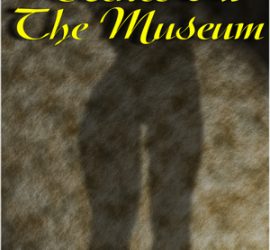